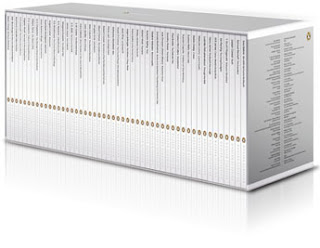 Already well known for their classic collections, Penguin have just released a series of 'mini modern classics' and they sent us two out of the fifty books they have released. As Chris immediately grabbed Lunar Caustic I was left with Odour of Chrysanthemums. 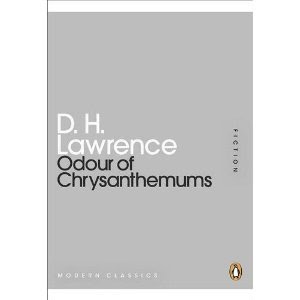 Odour of Chrysanthemums contains two very short stories by D.H. Lawrence and like his novels, the stories explore married relationships within an industrial setting.

In Odour of Chrysanthemums a women realises how little she really knew her husband while the second story, The Blind Man, focuses on the close relationship between a blind man and his wife. Both stories have an intimate feel about them because the narrative is sorely focused on the characters immediate environment and thoughts. After reading and finding Lady Chatterleys lover very boring (even the naughty bits) I was very pleasantly surprised by the stories in this book which are thought provoking and very touching.

D.H. Lawrence does not spell out the meaning or the point to these stories, instead he leaves it to the reader to perhaps re-read the last few pages and come to their own conclusions.

Malcolm Lowry began writing this novella in 1936 but due to his turbulent lifestyle he didn't finish it until some years later. The main character, if he could be described as such, is Bill Plantagenet; a piano player who has drunk himself into a nervous breakdown. Bill admits himself voluntarily into hospital for treatment and it is here we pick up the story, told from his point of view.

From reading a little into Lowry's life it appears the story is semi-autobiographical in nature. Lowry himself was admitted into hospital for mental health treatment suffering with alcohol addiction.

Lowry does a first rate job of portraying the conditions inside a sanatorium as well as the patients delusions. He enables the reader to effortlessly get into the minds of the insane and I found myself thoroughly swept up into the world of confusion, utter delusion and insanity the inpatients suffer from. Unfortunately the strong point of the book is also it's downfall.

Because the narrator and the majority of the other characters are completely insane it is very difficult to know what Is actually going on. Although we see through the eyes of a madman it is for this very reason that the story is not at all coherent and rarely makes any sense, it is impossible to see what is really going on. I've often heard stories described as a 'journey' if this is the case then this book felt like white water rafting without a paddle. I was just swept along at breakneck speed rather than feeling like I was walking alongside the characters.

The book is interesting but at the same time frustrating.