The Girls of Slender Means by Murial Spark 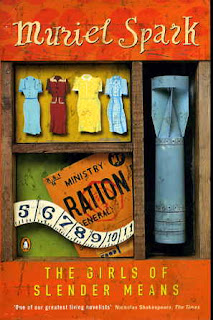 Towards the end of Murial Spark week which has been organised by bloggers Stuckinabook, My Porch and Harriet. All three have been busy bees as my googlereader has been littered with various Murial spark images for a week now which have been constantly reminding me to get a review up here.
The girls of Slender Means is my second Spark novel and I randomly choose based on its cover mainly while browsing Amazon a couple of weeks ago. The novel is set in a female hostel in London during WWII and describes several young girls war time experience in typical Spark fashion.
The narrative will at times suddenly jump forward in time for a paragraph or two before returning to the present, there is a great deal of wit throughout along with a sense of amusement. The girls seem more interested in their boyfriends and having fun than the War around them but this isn’t the first novel I’ve read which has described a London wartime experience in this fashion and it's an interesting viewpoint to read about.
The actual hostel itself was better described in its routine and appearance than the characters themselves but given the novels length and the sheer number of girls this is perhaps deliberate.
I gave a quick perusal at other reviews and many seem to agree that this isn’t Sparks best, a fact that I cannot comment on as I simply haven’t read enough of her work. However I like her quirky narrative, randomness and humour and its these elements which I have enjoyed in the two novels I have read.
Posted by Jess 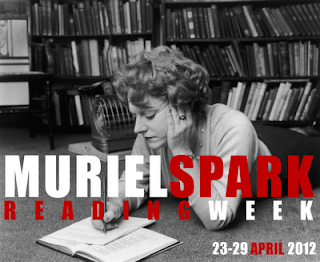